The foundations of modern dressage are in classical dressage which developed from a need to train horses for the battlefield. In fact ‘Dressage' is a French word, which roughly means ‘training'. 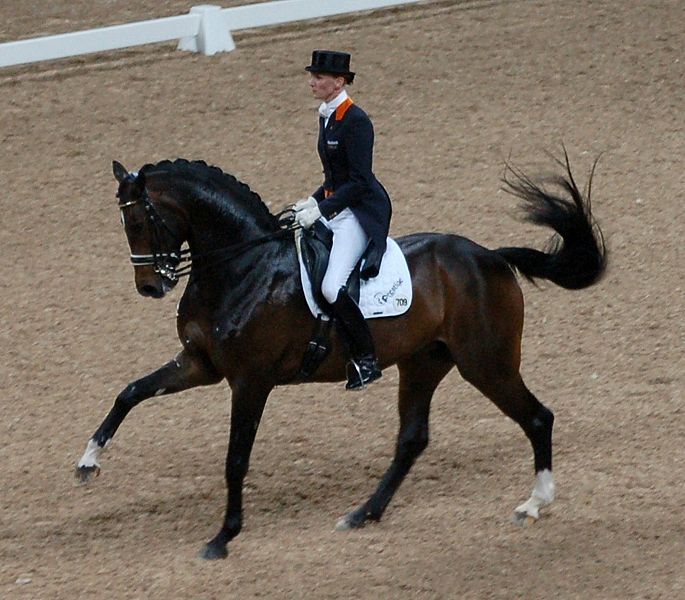 The earliest written work that has survived is a document by the Greek soldier, mercenary and historian, Xenophon of Athens (430 to 354BC). The document, ‘On Horsemanship', covers the principles of classical dressage, emphasising that horses must be trained with kindness and reward rather than brutality.

Xenophon's birth date is uncertain, but most scholars agree that he was born around 430BC near the city of Athens, in the city-state of Attica which is known today as Modern Greece. Xenophon was born into the ranks of the upper classes, thus granting him access to certain privileges of the aristocracy of ancient Attica.

In 'On Horsemanship' (written c. 350BC), Xenophon details the selection, care, and training of horses for the use both in the military and for general use. One of the most important qualities in a horse, Xenophon writes, is that it have a fleshy (or "double") back. This presumably is due to the fact that Xenophon wrote this treatise before the invention of the saddle.

These training methods were obviously being used by the Greek military over 2000 years ago but were largely lost until the Renaissance period (14th to 17th Century) in Europe.

The Renaissance (French for "rebirth") was a cultural movement that began in Florence in the Late Middle Ages and later spread to the rest of Europe. As a cultural movement, it encompassed a resurgence of learning based on classical sources, the development of linear perspective in painting, and gradual but widespread educational reform.

Traditionally, this intellectual transformation has resulted in the Renaissance being viewed as a bridge between the Middle Ages and the Modern era. It is perhaps best known for its artistic developments and the contributions of artists such as Leonardo da Vinci, a so-called "Renaissance man".

A desire amongst artists and scholars to rediscover ancient texts is thought to have led to the rediscovery of the art of training horses in the classical military style.

During the 1400s training and riding horses became an art form. By the 1800s indoor riding schools were being built to demonstrate the sophisticated art of classical dressage.

As part of classical dressage, horses were trained to perform a number of ‘Airs', which were above the ground movements:

The ‘croupade' where the horse jumps off the ground and tucks his forelegs and hindlegs underneath him while staying parallel to the ground.

The ‘ballotade' where the horse leaps off the ground but keeps his hind hooves positioned so that you can see his shoes. The horse does not kick out.

The ‘capriole' where the horse leaps in the air bring its forelegs underneath while kicking out with its hindlegs.

All these movements are taught while the horse is on the long rein but after the horse is trained they are all done under saddle.

The main horses used in Classical Dressage today are Andalusians, Lusitanos and Lipizzans. You can still see these movements performed today at the Spanish Riding School in Vienna.

Although modern dressage developed from classical dressage, modern dressage does not require the ‘Airs' or above the ground movements. Competition dressage is an international sport using set ‘tests' that range from beginners to Olympic level.

Although dressage is a sport in its own right, it also forms the foundation training for any horse no matter what they are used for. Many people just call it ‘flat work' training, however any horse will benefit from being trained using the principles of dressage training.

Dressage training is like a pyramid, with a horse starting at the bottom level and over time working their way up. In competition dressage, the various levels of tests ask the horse and rider to demonstrate their skills and their level of training:

Rhythm and Regularity. This requires evenness and rhythm through walk, trot and canter on a straight line as well as a bend and transitions from one gait to another.

Relaxation and Suppleness. The horse’s back should be relaxed and supple, swinging freely with the rhythm of the gait. As the back swings so does the tail swing from side to side. Transitions will be smooth and the horse will willingly reach down into the bit when the reins are lengthened.

Contact. The horse should push into the rider's soft hands. The rider must never pull the horse’s head in with hard hands and must follow the movement of the horse's head.

Impulsion. The pushing power that comes from the hindquarters when the hind legs come under the horse and reach further forward. This must be achieved at a walk before it can be successfully achieved at trot and canter.

Straightness. The hind legs follow the same track as the front legs, whether the horse is on a straight line or a bend. Without straightness the hindquarters cannot move under the horse.

Collection. This is the most difficult and takes a lot of time. If done properly it takes enormous muscle strength and stamina. The horse must take more of his weight onto his hindquarters. His stride shortens, the joints in the hindquarters flex more. As the horses hindquarters drop he becomes higher and lighter in the front.

The standard dressage arena is 20mx60m (66x197ft) with letters regularly spaced around the outside. There are also imaginary letters down the centre line of the arena with X being the exact centre.

All tests start with the horse and rider entering at A and then continuing to complete a number of movements using the letters as their start or finish of each movement.

Confusing? Well this is what it looks like when it all gets put together. See if you can follow the stages. Just click on the picture below to watch the animation.

Each movement should be judged on its merits. In other words you can score badly on one movement and still get a good or very good on another. At the end of every test the judge also scores what are called ‘Collective Marks'. These marks cover the horses paces (freedom and regularity), impulsion and submission as well as the rider's position, correctness and effectiveness of aids throughout the test. If a competitor scores six or better in all the movements at one level, they should consider moving up to the next level.

Tests are developed to demonstrate the level of training the horse and rider have reached. Tests start at Preparatory (walk, trot only) and then go on to Preliminary, Novice, Elementary, Medium and Advanced. We have included an animation for a Preliminary Test so that you can see that these test are very straight forward, covering walk, trot and canter as well as straightness and bend.

The tests ridden at international Dressage competitions, such as the Olympic Games, are of a far higher level, demonstrating that the horse and rider have reached the top training level. The hardest tests are called Grand Prix, Grand Prix Special and Grand Prix Musical Kur or Freestyle to Music. Once a horse has qualified to compete in the Grand Prix Musical Kur the audience knows that it is going to see something very, very special.

Watch some of the world’s best riders in action… plus a funny clip at the end.