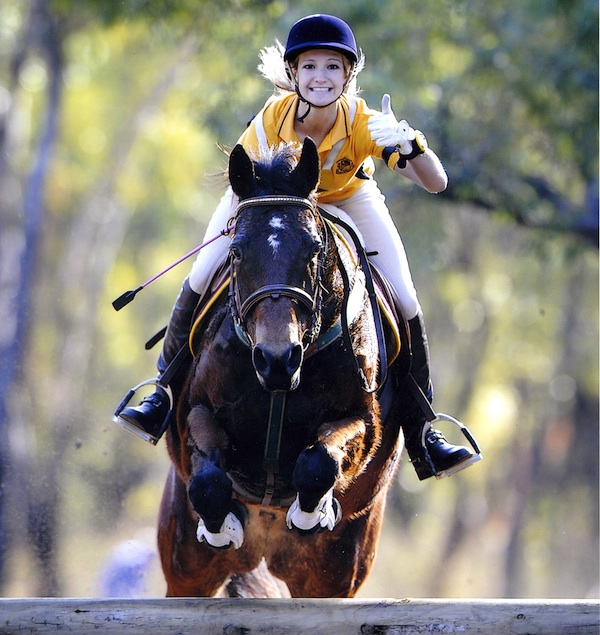 I believe that it is the best youth sporting organisation in the world – because any organisation that marries horses, children and young adults with teamwork, sportsmanship, opportunities to learn, competitions, friendships with people who share your interests, empathy and care for animals, is offering a total package of passion (horses), skills (riding and life-skills) and citizenship (responsibility, empathy and care).

What more could you want!

Some American kids tell you why they love Pony Club. Their British, Irish, Canadian, Australian, Kiwi and Chinese peers would agree!

How it all began

The main objective was to give children the opportunity to learn riding skills and to develop their talents in ways that they may not have been able to do on their own. Needless to say it was a great success and from a membership of 300 in 1930 it rapidly grew, to over 10,000 in 1935.

In fact it was so successful that the idea was taken up by other countries. Today there are Pony Club Associations in the USA, Canada, Australia, the Republic of Ireland, Europe, China and New Zealand. There are now approximately 100,000 Pony Club members worldwide. Australia has the largest pony club membership in the world with nearly 55,000 members.

Every country has its own structure and is run independently, however all the Pony Club organisations cooperate with each other to hold international competitions.

At a local level, clubs vary in size and the type of activities that they offer as well as the number of Rally Days held each month, so if you want to join a Pony Club go to the ‘Head Office’ site in your country or state and find out your nearest club, the Secretaries name and phone number and get in touch. They will be able to tell you when they meet next – GO AND HAVE A LOOK!

What you can do at Pony Club

Rally Days are a lot of fun with lots of activities, lessons, information and of course socialising. The structure of Rally Days may vary from club to club, however they will always include riding lessons, horsemanship as well as other activities such as jumping, sporting or mounted games.

The activities may also vary from country to country, however the following list will give you an idea of the different sports that may be offered:

The one thing that all clubs will have in common is the safety of their horses and riders. At the beginning of every Rally Day all riders will be Gear Checked to ensure that the rider is safe and that the horse is comfortable.

It is said that “Pony Club is the kindergarten for future Olympians”. On the other hand, if you don’t want to be an Olympian, Pony Club is just a lot of FUN!

Find out why so many people have so much fun at Pony Clubs around the world….