You might wondering why this is important, well if your horse is not sensitive to Insulin it may become Insulin Resistant (IR), and unfortunately this can be a precursor to Laminitis, EMS (Equine Metabolic Syndrome), and in many cases Cushing’s Disease.

We have all known for some time that a high-roughage, high fat and low carbohydrate diet is part of the answer for these horses but a recent study by Tanja Hess MV, PhD who is an assistant professor at Colorado State University, has demonstrated that exercise actually increases a horse’s insulin sensitivity. 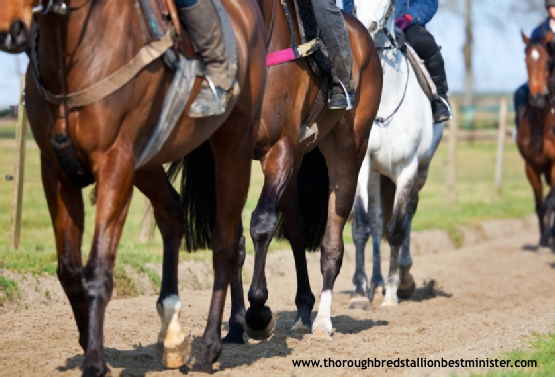 Although more research is required to develop a clear understanding of how much exercise, what type and how often it is required, the results so far are pretty clear.

Interestingly, Hess and her team used 31 healthy horses of mixed breeds residing at the Second Cavalry and Guard Regiment of the Brazilian Army. All the horses were young, healthy and not likely to be Insulin Resistant at the time of the study.

The horses were fed three feeds of commercially available concentrated feed and two feeds of Bermudagrass hay, and over the next 15 months the horses were either turned out every day for 3 months or exercised five days a week either lightly or moderately for a month at a time.

The results would indicate that an exercise regime of five days per week of light to moderate exercise would improve insulin sensitivity.

Her next step will be to undertake the same study with a population of obese horses that are at risk of Insulin Resistance.

NOTE:
Insulin is a hormone that is produced in the pancreas. Its actions are widespread and profound, and they mostly target metabolism of sugar and starches (carbohydrates), fats, and proteins. Insulin is required, by most cells, for the transport of glucose across the cell membrane, and the pancreas releases insulin in response to elevations in blood glucose. More is needed when foods high in carbohydrates are eaten and less is needed during exercise and physical activity.

Light Exercise is defined as up to 30 – 60 minutes daily exercise, consisting of walk, trot and some canter.

Moderate Exercise is defined as 30 – 120 minutes daily exercise at walk, trot, canter with some gallop. This may vary depending on the discipline or sport but as an average 90 minutes of consistent training through the gaits, including physically demanding movements would be considered to be moderate exercise.