It’s said that horses are scared of two things: ‘things that move and things that don’t move’, and that was the problem for race organizers at Hanging Rock, in Victoria Australia.

Once a year, they hold 26 races at the famous race track but this year they had to call off seven of the final races, including the Hanging Rock Cup, when kangaroos invaded the track. 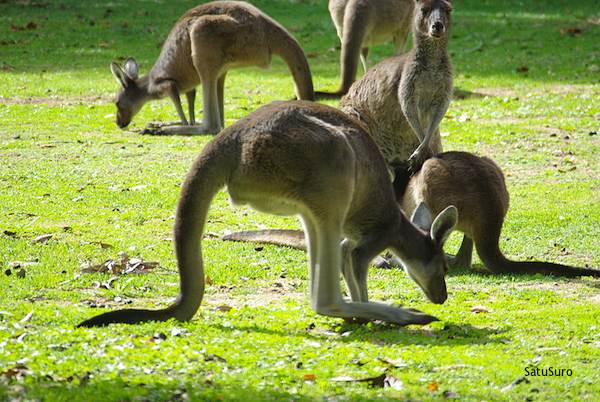 The roos were spotted by jockeys in an earlier race, grazing near the racecourse, but before long they had moved onto the track. The track personnel tried to chase them off, but had no success.

One racegoer said, “They’d chase the kangaroos up one way and then they’d just bounce back the other way. It was like watching a comedy.”

From that point on, the only thing that crossed the finish line were the kangaroos!

Comment: Have a look at the video. You can just imagine how annoying and funny it was…all at the same time.