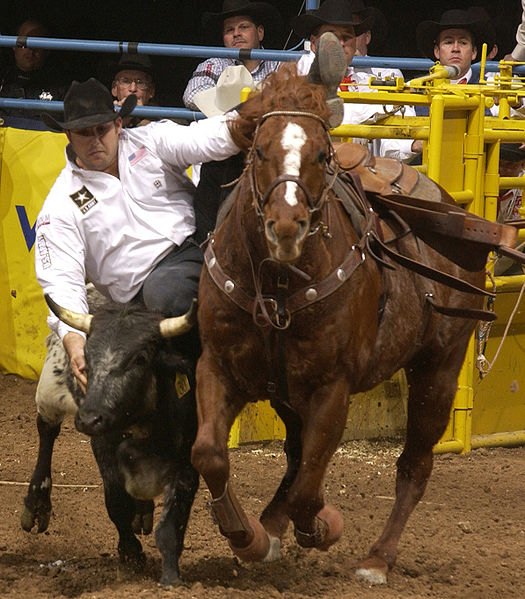 This breed got its name because it is a breed that was developed in America and is the fastest horse over a quarter mile distance – simple!

Although North and South America were the cradle of horse evolution (see ‘From the Beginning’ article), horses died out on this continent at the end of the last Ice Age (about 10,000 to 8,000 years ago). They were only re-introduced by the Conquistadors when Spain invaded, conquered and colonised large parts of South America and parts of North America (around California, New Mexico and Florida).

It began with Hernan Cortez, who was the first to arrive in 1519 with 11 ships, 500 men, 15 horses as well as some cannons. They landed in Mayan territory, which covers present-day Guatemala, Belize, El Salvidor and Western Honduras.

He was followed by other Conquistadors and Spanish colonists, bringing more horses for transport, farm work and cavalry. These Iberian horses would have included Andalusians, Spanish Jennets, Arabians and Barbs originally from North Africa. (For more information see ‘Andalusians’)

Native North American tribes, such as the Chickasaw, acquired horses through trade and possibly raiding parties. The tribes quickly trained and used horses to ride and to carry packs or pull travois (sledges). This changed tribal life and culture by extending their range, establishing trade between tribes, hunting game (especially bison), horse raids and war.

As the horse population increased, horses escaped from the Indian herds and, in some cases, horses were set free by the early colonists. Traditionally, the Spanish did not castrate (geld) their stallions so horses quickly multiplied in the wild to establish the feral horse herds that we know today as mustangs.

The ancestors of the present day Quarter Horse were a working man’s horse that could go fast, particularly over a ‘quarter mile’ distance. So during the week the horse would work the cattle or anything else that was needed, and then on weekends provide the entertainment as a racehorse. Sprint racing was one of the earliest forms of horse racing in America and one of the earliest recorded races was held at Henrico County, Virginia in 1674. These were match races with just two horses running against each other down town streets and country lanes. By 1690 these races had become a great spectator sport where betting and prize money had grown substantially. As betting increased, so too did disagreements and fights. It is also reported that large plantations (farms) changed hands on the outcome of a race.

Although Thoroughbred horses may have been introduced into the breeding in the late 1600s, the first recorded importation of the English Thoroughbred was not until 1730. From this point on, a wide variety of ‘native’ stock, such as Chickasaw, Spanish, Arabian, Barb, Hobbies and many others of unknown origins were crossbred with Thoroughbreds.

Hobbies were known as the ‘Running Horses’. They were light and swift and provided some of the foundation stock for the Thoroughbred in England. The Hobby is believed to have come from crossing the Irish Hobby (now extinct) with the Barb.

The most important foundation sire of the breed was a Thoroughbred stallion called Janus, which was imported, as a ten year old, in 1756. Janus stood at stud for 24 years and produced many of the most famous quarter-mile racehorses in colonial America. It is believed that his offspring are the foundation stock for the modern day American Quarter Horse.

As the colonial Americans moved west during the 1800s, so too did these quarter-mile race horses. However their speed, good temperament and intelligence meant that they could be adapted for cattle work as well as racing. On the Great Plains of America the pioneers would have encountered more of the Indian tribal herds and mustangs that were descended from the Spanish stock of the Conquistadors.

Development of the breed

With the changing needs of the pioneers, these new bloodlines developed the breed into three distinct types, the ‘bulldog’, the ‘thoroughbred’ and the ‘in-between’ type.

The ‘bulldog’ type had massive shoulder muscles, large hindquarters, a barrel body and thick solid bone in the legs. This type of horse was and still is used as a working stock horse.

The ‘thoroughbred’ type showed the many crossings between the quarter-mile racer and the Thoroughbred. Its muscles weren’t as massive and the bones in the legs were much finer with a sleeker, longer neck and a rump that was set higher than the withers. This type was still used for racing, which continues to be extremely popular in America, attracting substantial prize money.

The in-between or ‘intermediate’ type had more muscle than the ‘thoroughbred’ type but not as massive as the ‘bulldog’ type. It was short backed, deep bodied with small ears, full neck and a short head.

The main use of the horse in the American West was to work cattle and all the major ranches bred their own working horses. Throughout the 1800s ranches such as the King Ranch (est. 1853), 6666 Ranch (est. 1870) and Waggoner Ranch (est. 1849) played a significant role in the development of the modern day Quarter Horse. 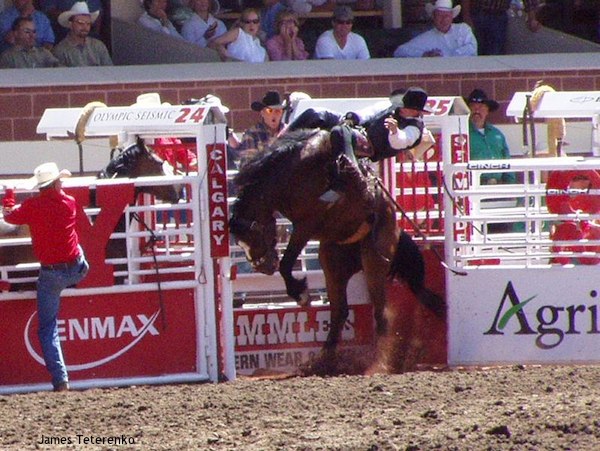 The skills needed by ranch hands and their horses became the foundation of the rodeo. Events such as tie-down roping, team roping, steer wrestling, bronc riding and barrel racing were held as informal competitions and entertainment from about 1820. The word ‘rodeo’ comes directly from the Spanish word ‘rodeo’ or ‘rodear’, roughly meaning ‘a pen of cattle at a market or fair’. The Quarter Horse still dominates all these rodeo events as well as the sports of reining, cutting and western pleasure.

Of course sprint racing remained a popular weekend entertainment as well as a source of income for the breeders. As a result, Thoroughbred bloodlines continued to be added back into the developing Quarter Horse breed.

It wasn’t until 1940 that the American Quarter Horse Association (AQHA) was formed by a group of horsemen and ranchers who wanted to preserve the pedigrees of their ranch horses.

The AQHA stud book is still open to the addition of Thoroughbred bloodlines but the Thoroughbred must be registered with a Jockey Club. The offspring are entered in the ‘Appendix’ of the stud book. Although they can be entered into competitions they are not eligible for full AQHA registration unless they meet certain conformation criteria and perform successfully in AQHA events.

The modern Quarter Horse has a small, refined head with a straight profile. Its body is strong and well muscled, with a broad chest and powerful, rounded hindquarters. It usually stands between 14 and 16 hands high. 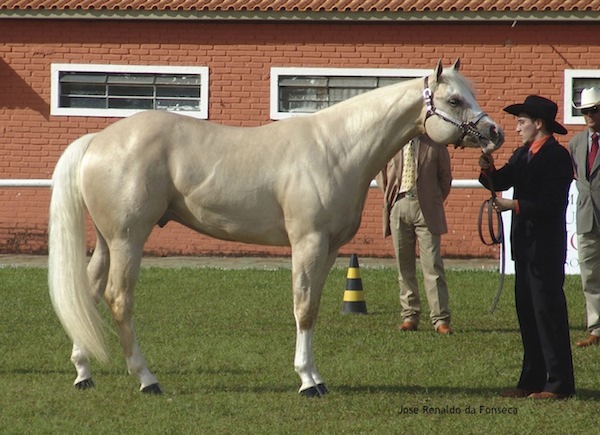 Quarter horses come in all colours. The most common colour is sorrel/chestnut, however bay, black, buckskin, palomino, grey dun, red dun, grullo (blue dun), red roan, blue roan, bay roan, perlino, cremello and white (rare) are all present. In the past, paints, pintos and appaloosas were not registered, however with the use of DNA testing they can be registered if both parents (dam and sire) are registered in the AQHA Stud Book.

The American Quarter Horse has been exported around the world. Next to the AQHA registry (covering USA and Canada), the largest registries are found in Brazil and Australia. Now that the sport of Reining has been accepted by the FEI and included in the World Equestrian Games (WEG) as one of the seven official sports, interest in the breed has expanded into Europe, Japan and Israel.